What You Should Know about Dog Bite Insurance 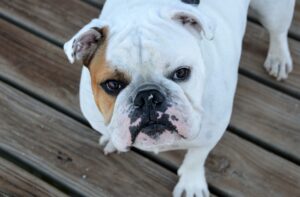 We love our furry friends, and in most cases, they love their owners.  However, other people might not feel so comfortable with them, and there have been many instances when dogs have injured people. This is why you need to know all about dog bite insurance, especially if the breed of your dog is considered dangerous.

As a dog owner, you are responsible for what your dog does, including dog bite injuries. While you might think your dog wouldn’t hurt a fly, you could be wrong. If you are, that could open up a world of hurt for you and your pocket if your dog injures someone and you don’t have dog bite insurance.

As of 2016, about two-thirds of households in the US have pets, and of those, 78 million are dogs.  That can be worrisome, as the Centers for Disease Control estimates that 4.5 million people are victims of dog bites every year, and about 20% (900,000) of those injuries require medical attention.

The problem is serious enough for insurance agencies to stand up and take notice. About 15,000 dog owners in the US filed claims against their home liability insurance for dog-related injuries in 2015, and this is actually the lowest number of files claimed every year since 2007!

Even then, claims made in 2015 have led to insurers paying out about $570 million at an average of $37,000 per claim, which was about 33% of all payouts made for that year.  Some reasons for these high payouts are high medical costs and bigger settlements given by juries to plaintiffs.

Some dog breeds have certain characteristics that make them more likely or less likely to injure people. As a result, most insurance companies will have dog breed bias when it comes to covering certain breeds of dogs. Some have restrictions, while some outright refuse or even cancel existing homeowner’s insurance coverage for people who own specific dog breeds.

In some cases, the insurer will require homeowners to agree to waive any liabilities of the insurer for any injuries resulting from dog bites. In others, they will raise the premiums when a dog they cover is involved in injuring someone.

Among the breeds that come under this bias are:

As a dog owner of one of these breeds, you might feel outraged by this bias, but it is nothing personal. Insurance companies make money by not paying out money for claims, so they have to weigh the risks of covering certain dogs. If a dog breed is large and/or aggressive, the risks of an injury claim are much higher.

Having a dog of the high-risk breed in your home is not going to result automatically in a denial or restriction of coverage. However, it would warrant more review.

The breed is not the only consideration. Some insurers also look at the training received, personality, vaccination, and history of the dog in question. The insurer will also consider dogs used in therapy or as a service animal.

Despite the practical reasons stated by insurers behind dog breed bias, many experts point out that these are mostly myths. Some insurers disagree that refusing or restricting coverage based on breed alone is not a good determination of risk. Even a dog that bites occasionally does not mean it is dangerous as dogs typically do so when they are afraid.

The Massachusetts Society for the Prevention of Cruelty to Animals-Angell Animal Medical Center supports this with research, and criticizes insurers that subscribe to dog breed bias because it discriminates against owners that display responsibility by training and socializing their dogs properly.

Dog breed bias has also resulted in people avoiding owning and adopting dogs of these “blacklisted” breeds because it might keep them from getting homeowners’ liability insurance.  This attitude also affects dogs of mixed breeds, as the determination could go against them if the dog appears to have qualities of a blacklisted breed.

Additionally, some breeds might simply be more popular than others are. This would skew the incidence of dog bites and lead to the false conclusion that some breeds are more likely to bite.  A more accurate prediction of risk is to consider the behavior of the dog owner and the training of the individual dog.  For example, dogs trained to be guard dogs, no matter the breed, are more likely to bite than dogs treated as part of a family.

Instead of penalizing owners for having certain dog breeds, insurers should motivate them to train and socialize their dogs properly. They also have the power to make dog owners more aware of their responsibilities towards their dogs and society as a whole, and thus reduce the incidence of bite claims and risk of payouts.

Fortunately, some insurers in the US have a more inclusive policy when it comes to dog breeds. They will cover “blacklisted” dog breeds without equivocation.

They will not refuse or restrict coverage solely on breed. However, they will look at the history for aggression and bites of a dog before deciding to grant homeowners liability coverage to the dog owner. They might ask for certification from your veterinarian or obedience schools or have someone visit your home to meet the dog before making a final determination.

When buying dog owner insurance, you might come against dog breed bias or high premiums or both. In any case, it is important to shop around before finally deciding on the best coverage you can get in your state.  You should ask many questions, including purchasing any riders for dog bite liability in case your existing insurance company does not cover certain dog breeds. If all else fails, call your state insurance commissioner’s office for help.