The Reasons Behind the Weird Things Dogs Do 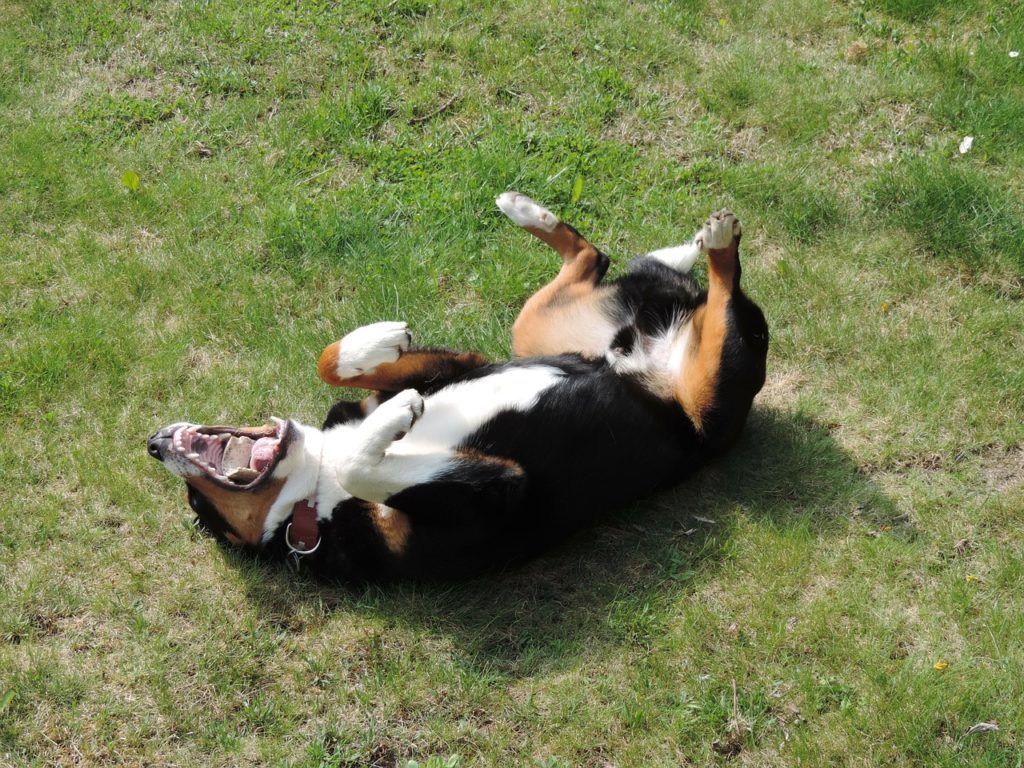 Dogs make great pets, and some seem intelligent enough to be human. However, they are not, and forgetting that results in some confusion over some of the weird things many of them do. As with most things that animals do, they have good reasons for their behavior. Here are the reasons behind the weird things dogs do.

You might have noticed your dog scratching the ground around the results of doing their business, and wondering what the deal is with that. One reason is their instinct for hygiene, as this action is their attempt to cover up their poop. They will try to do this even when they poop on cement, or worse, on your carpet, so make sure they do their business outside.

Another reason is to mark their territory by spreading the smell on their legs. While these might seem unlikely, they actually make a lot of sense from a doggy perspective.

Dogs like to roll around on the ground, and the most likely reason they do so is they like it. It might be to cool off during hot weather, hence the hunt for likely mud holes. It might also be to get a massage or get rid of an itch, hence the move from leaves to firm ground to soft grass. Finally, your dog might just be trying to be cute and get your attention, in which case give that ear an affectionate scratch.

Another weird thing that dogs do is circling their sleeping spot repeatedly before finally ling down. This might their lizard brain urging them to make sure the area is secure before getting some rest. Dogs used to be wild, so while pet dogs have nothing more to fear than having a toddler pull at their tail, the instinct is still there.

The behavior might also be simply making their space more comfortable and marking their space for any possible intruder. If your dog seems to be doing this too much or too long, however, it might be a sign of some mental issue. Consult your vet in that case.

Most people know that dogs smell each other’s butts, and as humans, we find that pretty gross. However, this is a normal thing for dogs to do, especially when they meet new dogs. A dog’s smell is high developed, so exchanging butt bouquets is their way of doing a meet and greet.  Think of it as shaking hands and having a conversation with a new acquaintance, although dogs probably gather more information about each other with a couple of sniffs than we would find out about a person over a few months.

Most people find dogs howling extremely irritating, especially if it is frequent and interminable. Before you start hunting for that old boot to throw or a muzzle to put on your dog, find out why they might be howling. One of the most common reasons is to warn you of danger, in which case you might want to look round a bit more carefully.

Another reason is to denote happiness because their owners are home, or anxiety because they are not. In some cases, howling might be an expression of pain, which you can probably hear in the way the howl sounds. If that is the case, waste no time looking for that boot and bring your dog to the bet as soon as possible.

One of the weirdest and most common behavior of dogs is the butt drag. Some people find this cute, but they might quickly change their mind when they learn that it is a sign of intestinal parasites. These parasites tend to make your dog uncomfortable and causes itchiness in their butts, and dragging them on the ground is their way of trying to reach that spot. Definitely check with your vet if this is the case.

Dogs often make eye contact with humans, sometimes in a disconcertingly intense way. What that stare means will depend on circumstances. If it is your dog, and you have a good understanding, it usually means they want something from you, such as food or instructions. If it is your new dog or not your own at all, this could be a sign of aggression, and the body language will tell you if it is. Put the stare in the right context, and you can probably figure it out and act accordingly.

Most dogs are smart, but they generally act on instincts that might baffle most humans. Knowing the reasons behind the weird things dogs do will tell you when to be amused, tolerant, or concerned.