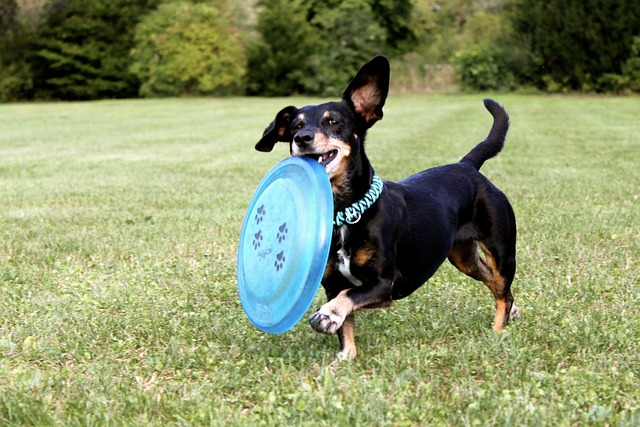 Image by Katrinbechtel from Pixabay

Don’t ever let this adorable unassuming Dachshund fool you. They may look clumsy with their stubby legs and long torsos, but they are very tough, agile and strong dogs.

You may think their diminutive stature makes them cute rather than scary, but the breed actually started as badger hunters. Their name literally translates to “Badger Dog” (dachs means badger, and hund means dog). In their history, they have even been known to hunt also rabbits and foxes.

In spite of their hunter origins, they actually make excellent family companions. Their training as hunters gives them the discipline to make very good show dogs.

There are three major types of dachshunds: shorthaired, wirehaired, and longhaired. You may be most familiar with the shorthaired ones with their smooth, glossy hair.

A standard dachshund weighs between 16 and 32 pounds. The miniature ones, which are common in the U.S., weigh around 11 pounds or less. Dachshunds that weigh between 11 to 16 pounds are endearingly called tweenies.

Some facts about the dachshund

One fact that almost everyone will agree on is that they are one of the cutest and most adorable breeds of dogs. They are so endearing that they have been given many nicknames including  hot dog, sausage dog, and wiener dog. Their lovable nature has made them one of the most popular dog breeds on the planet.