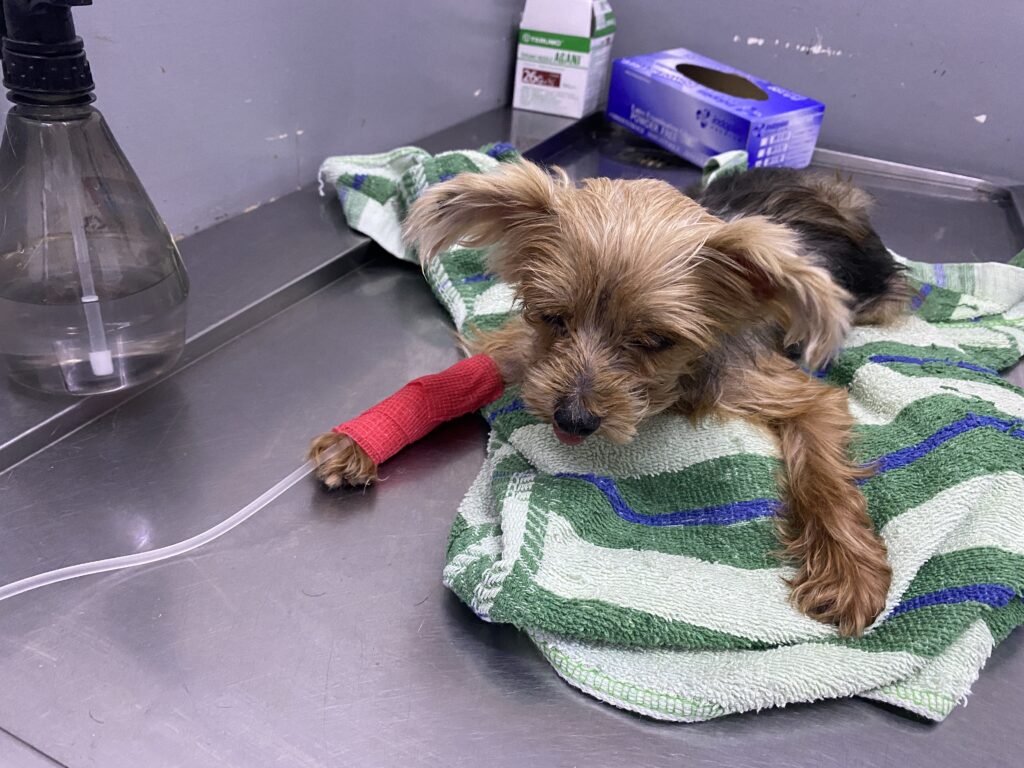 Owning a pet is a great responsibility. You need to make sure they are bathed, fed, and given all the shots they need to stave off common diseases. However, many owners of female dogs neglect a simple yet essential procedure that can save their lives: spaying.

The Story of Cara

I own a rescue dog, a seven-year-old Yorkie who is slightly crazy but totally adorable. She has a habit of running around me or my husband (counterclockwise, always) for no apparent reason. You can tell she’s particularly happy or excited by the speed of her turns.

Now, I’m not fond of pets because I’m not keen to take on all that responsibility. I inherited her from my brother who got her during the pandemic, but he realized he was not giving her the attention she needed. After she had been with me for a couple of months, I was hooked. I have three children; she became my fourth and only daughter.

My husband is in charge of all her vet appointments, and one day he said the vet recommended spaying her if we did not intend to breed her. I had a friend who had a male Yorkie who wanted them to meet, so I decided to hold off on it. That was a mistake.

I normally don’t leave her for more than 24 hours, but I went on a four-day vacation, so I left her with my mother-in-law. When I got back, although she greeted us with pleasure, I noticed she was listless and low energy. She also had an unpleasant and strong fishy smell, so the first thing I did was give her a bath. It helped a little, but I became increasingly worried because she was not eating. She’s a glutton, so that was unusual.

The next day, she seemed slightly better but she had a discharge that I thought meant she was in heat. However, the discharge became much heavier and smellier as the day progressed and she had diarrhea (I thought). I became alarmed and rushed her to the vet. I got the bad news: pyometra, which is a uterine infection that can be fatal and requires emergency surgery.

Cara had the surgery, but the vet warned us that the prognosis was not good. She was very weak and very unlike her energetic self. She could no longer hold up her head before she went into surgery.

My little girl almost died, but we were lucky. Within a week of her surgery, Cara was up and running again. She was little less precise about her movements, but her appetite returned and so did her craziness. I was so happy.

The point is I could have avoided the worry and pain to her if I had spayed her earlier. The expense of the surgery, recovery, and medicines also cut a considerable swathe in my pocketbook. Spare yourself the pain and expense by having your pet spayed.

On the way home two days after surgery

Spaying is the common name for an ovariohysterectomy, the surgical removal of the ovaries, uterus, and fallopian tubes of a female dog or cat. Once spayed, your pet will no longer go into her heat cycle, reproduce, or exhibit behavior driven by her breeding instincts.

The alternative is a hysterectomy, which removes the uterus and part of the fallopian tubes, but leaves the ovaries intact. Your pet will still want to breed, so they might continue to engage in unwanted behavior.

The Benefits of Spaying

The case of Cara is an example of what can happen to a fertile dog that is not breeding. The vet warned us of possible complications of leaving her unsprayed, one of which was pyometra.

Mammary tumors can also develop, half of which may be malignant and spread to her lungs. The incidence of malignant breast tumors in cats is almost 90%. It’s too late for Cara, but female pets spayed before their first heat cycle can cut down their health risks for these conditions to almost none.

Aside from the health benefits, spaying can also help you avoid the headaches of a pet in heat. Female cats, in particular, can be a pest when in heat by yowling and peeing all over the place.

Finally, spaying can ensure your pet doesn’t present you with an unwanted litter. Puppies and kittens might be cute, but they’re going to grow up.

Some pet owners are reluctant to spay because they think their pet will become obese. That is myth. The reason your spayed pet is getting fat is likely because you’re feeding her too much and not exercising her enough.

Keep in mind that spaying is a surgical procedure, so you should be ready for post-operative care. The recovery period will depend on the size, health and age of your pet. In the case of Cara, she was up and running in one week. Some pets may take as long as two weeks.

Keep a close eye on your pet during recovery for signs of listlessness and check for redness or discharge at the incision site. It may mean an infection, so contact your vet immediately.

Spaying your female pet can save her life. If your pet has sole reign of the home and you have no intention of breeding her, it is healthier and safer to have a vet perform the procedure as soon as possible.